When your child reaches the age when he or she must decide on which college they will go to it can be difficult as a parent not to try and influence their decision. My eldest son shocked us somewhat when he decided that he wanted to go to the New York campus of AMDA and study contemporary dance. We always knew that he had a passion for dance but all of the signs pointed towards him going to study journalism something which he had a natural gift for. My husband and I checked out the college and looked at the American Musical and Dramatic Academy reviews to get a sense of what it was like, and whilst it looked great, it wasn’t what we wanted. After much discussion we supported our son and here is why I think that it is always a good idea to support their choice.

The first reaction which we had was that he was making a mistake and that it was our job as parents to help him avoid making this mistake. The fact of the matter however, and something which eventually dawned on us, was that there comes a time when you must allow your children to make a mistake, or at least the freedom to do so. In making mistakes we learn and this is what will happen if your child’s college choice does turn out to be a mistake.

By the time that your child is making a decision on which college to go to you have almost completed your job in raising them and you must trust that you and your partner have raised someone who isn’t stupid or reckless, but rather someone who knows their own mind.

To prevent someone from following their dreams is an awful thing to do, especially as parents and whether we like it or not, we must support our children’s dreams. Remember that any dreams or hopes that you had for your child are yours and yours alone, you cannot push your dreams onto your child because they don’t share the same vision as you. If this is what your child really wants to do then let them spread their wings and do all that you can to support them.

At one stage my husband and I were going to take the reigns and force our son to go and study journalism like we had always discussed but we both realized that this would not end well. First of all if we did that then our son would hate us for what we had done, and secondly there was no way that he would give his all to his education in the same way as if he studied performing arts as he wished. This thought may cross your mind but it is not a good idea at all and you must let them decide their own future.

For more articles from the Live SV blog, check out the lifestyle category! 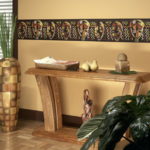