Are you still waiting for your letter to Hogwarts? Have you completed the official Pottermore Sorting Hat quiz to find out whether you’re a courageous Gryffindor, clever Ravenclaw, loyal Hufflepuff or proud Slytherin? Have you read the books and seen the films on multiple occasions? If so, you might be a Harry Potter fanatic. Here are four must-have experiences for any Harry Potter fan.

Located in Watford and easily accessible from London, the Harry Potter Warner Bros studio tour is a must-see for any fans of the film. Set adjacent to the working film studio where all eight films were made, you can visit an assortment of iconic sets, for instance, Hogwart’s Great Hall and Diagon Alley, where you can spot your favourite magical props. If you’re wondering how they managed the mindboggling magic, make sure you check out the SFX and VFX departments, where you’ll learn the secrets behind the invisibility cloak and flying broomsticks. Aside from the main attractions, the Harry Potter studio tour also has seasonal exhibits. Hogwarts in the snow is popular at Christmas time, and the studio is currently hosting a celebration of the unfairly maligned Slytherin house.

If the studio tour has whetted your appetite, there is plenty more for you to see on a Harry Potter filming locations tour. You can book a Harry Potter walking tour in London, to see locations that featured in the film series, like the Leaky Cauldron pub and the entrance to the Ministry of Magic. Or, you can explore filming locations outside the capital, such as Oxford and York (whose historic Shambles inspired Diagon Alley). You can even relive the magical journey to Hogwarts on a steam train through the Scottish Highlands. Each tour is led by an expert guide who tell you all about the places and history that inspired the Harry Potter series.

The most accessible of Harry Potter filming locations can be found in one of London’s busiest train stations: King’s Cross, home to Platform 9 ¾ where students embark on the Hogwarts Express bound for the magical school of witchcraft and wizardry. Here, you can take a photograph with the luggage trolley as it leaves the Muggle world behind and enters Platform 9 ¾.

Are you eager to know what happened next to Harry and his friends? Harry Potter and the Cursed Child is an award-winning play running at the Palace Theatre in London since 2016 (with local productions around the world). What happens when Albus Severus, Harry’s son, goes to Hogwarts and strikes up an unlikely friendship with Scorpius Malfoy, son of Harry’s arch nemesis Draco? The play, shown in two parts on consecutive evenings, is sure to leave you spellbound with magical illusions that will leave you wondering for days how they did it.

0 Shares
« Meaningful Anniversary Gifts for Any Budget
How Much Does it Cost to Call an Ambulance? » 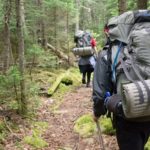