Car accident numbers have, thankfully, taken a dip over the past few months. (This is the direct result of quarantines and shutdowns, which have reduced the number of drivers on the road.) But this is simply a temporary reprise in what’s otherwise a serious problem.

And while your chances of being seriously debilitated in a car accident remain statistically low, it’s imperative that you know what to do and how to respond should you find yourself in a compromising situation.

7 Common Mistakes You Should Avoid

If you ever find yourself in a situation where you’re injured in a car wreck, make sure you avoid the following mistakes:

1. Hostility at the Accident Scene

There’s never a convenient time to get in a car accident. It always happens when you have other goals or intentions for your day. And it’s even more frustrating when the accident is caused by someone else’s negligence or stupidity (e.g. someone is texting while driving, runs a red light, or fails to yield the right of way). But no matter the circumstances, you can’t make the mistake of getting heated.

Hostility at the accident scene only compromises your situation and risks clouding the other driver’s culpability. As difficult as it may be, staying calm and relaxed is key.

It’s very important that you seek immediate and appropriate medical attention as soon as possible – even if your injuries seem to be minor. A failure to do so could compromise your injury claims later on. (It’s also possible that there are certain injuries with a delayed onset.) You might not need to call an ambulance to the scene, but do visit a doctor immediately.

The human brain is fickle and forgetful. The details of your accident may be clear at the scene, but these elements can easily slip away hours, days, or weeks later.

Don’t make the mistake of assuming that you’ll remember everything that happened. Pull out your phone’s audio or video recorder and dictate the details of what happened. If nothing else, this gives some reliable documentation to look back on as your car accident injury case proceeds.

When there are no security cameras or other pieces of objective evidence, car accidents often turn into he-said-she-said events. And if you want to bolster your side of the case, you’ll need as many witnesses as possible. Don’t make the mistake of letting them slip away from the scene! At the very least, you should get their contact details so you can follow up later.

We live in a society where rushing to social media to post an interesting story or anecdote is almost second nature. But your car accident is a tale you shouldn’t relay online.

“You should not discuss your crash or your legal case on Facebook, Twitter or other social media sites. You may also want to consider taking a break altogether from social media until your case is resolved,” Davis, Saperstein & Salomon P.C. recommends. “An insurance company may try to use any comments or photos you post on social media against you.”

When a car insurance company knows the victim has a good claim against them, they’ll do their best to get you on the phone to accept a quick settlement. Whatever you do, don’t make the mistake of accepting their first offer. It’s usually just a fraction of what the case is actually worth. Wait it out and prepare to negotiate.

7. Not Hiring an Attorney

It’s tempting to want to pursue a car accident case on your own, but don’t let your greed to save a few dollars prevent you from obtaining a successful outcome. An experienced car accident attorney will help you win your case/claim.

Protect Your Own Best Interests

It’s up to you to stand up for yourself and protect your own best interests. Hopefully this article has provided you with some valuable information you can use to avoid making complicated and misinformed mistakes. Take them to heart and set yourself up for success. 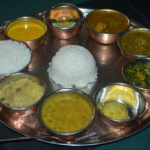 The Best Cultural Foods To Make At Home0 Total Shares 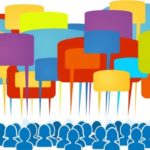