Refillable vape devices require attention, and much like a pipe smoker, you may find yourself constantly fussing over your vape as it becomes something of a ritual, and refilling vape devices can sometimes be tricky. You have to keep it from flooding, and if the liquid gets into the mouthpiece, you might experience a bad taste when you start vaping. If you overfill it, you’ll notice a strange gurgling sound and you won’t get as much vapor. Spills are common, and you’ll have to make sure to clean your tank and change your coil regularly.

Disposable vape pens on the other hand, are remarkably easy to use, and are presented as a single unit. All you have to do is start inhaling to trigger the heating element. You don’t need to worry about recharging the battery, or forgetting to clean or maintain it. When it’s empty, you just throw it out.

The big question though, is what’s really in it? With a refillable tank system, you can choose different liquids according to your preference and examine the bottle before you refill it, but a disposable vape pen is a fully enclosed system and come pre-filled.

Three things are important when buying a disposable: How much nicotine is in it, how long does it last, and are they available in the flavors you enjoy.

A big advantage some may enjoy is that disposable vapes are widely available in a variety of flavors, as a result, you will still have a wide array of flavor choices, and probably more flavor choices than with conventional refillable vape tanks due to new regulations and flavor bans.

The complexities of state and federal flavor bans have taken some refillable flavored e-liquids off the market. Disposable vape pens are not included in the flavor ban, so those flavors can still be enjoyed. It’s also important to understand that commercially purchased vape pens are safe to use, despite earlier reports of a respiratory illness which was thought to have been the result of vaping.

Disposable vape pens do have what seems to be a high nicotine content when compared to cigarettes, although it’s not a fair comparison. A single puff bar can last two or three days as opposed to a cigarette, which might give you ten minutes of smoking. Generally speaking, cigarettes – which deliver nicotine to the system in the form of toxic smoke – are far more efficient at getting nicotine into the system in a very short period of time. Some anti-vaping activists are making claims about how disposables contain large amounts of nicotine, although those claims are misleading, and the high nicotine content you see on the label should not be cause for alarm.

It’s also important to note that cigarettes contain far more harmful chemicals than vapes or disposables. A cigarette has more than 600 ingredients, many of which are toxic and carcinogenic. The evidence has shown that vaping is significantly less harmful than smoking, in part because when a cigarette burns tobacco, there are chemical reactions that occur. Since vaping does not burn anything, those chemical reactions do not occur.

Overall, disposable vape pens or puff bars are just as effective as refillables and deliver the same vaping experience. You will still enjoy the flavor, the delivery and will produce the same amount of vapor, which is a big advantage for those who just love vaping to produce large and impressive clouds. Disposables are also one of the most affordable options, and you won’t have to worry about having to buy other parts or new batteries. You will even find that many of the newer vape pens are eco-friendly, and some vendors of disposable vape pens also have recycling programs in place. The quality of a disposable is still the same as a refillable, and you won’t have to worry about leakage as they are just as durable.

Disposable vapes can create an enjoyable experience, allowing you to produce wonderful and satisfying clouds of vapor while enjoying the flavors you love most. 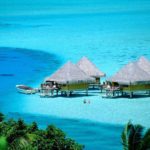 The Best Destinations For A Cultural Experience0 Total Shares 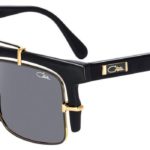