The thing about a familiar food is that it’s become so familiar, so ingrained in our daily life that we take it for granted. We usually don’t wonder who, when and where it was created, not even ask how it’s created in contemporary times. We only care that it’s served on our plates and we can enjoy it without slaving over the stove.

Such is the case for the Texas toast, a type of toast served in many restaurant chains including Zaxby’s, Dairy Queen, and Raising Cane. We love it but we don’t take the time to know more about it! Well, here’s your chance to get to know more about this well-loved food.

The Origins of Texas Toast

Like many contemporary food, the exact origins of the Texas toast are up for debate. But there are a few strong contenders with the earliest one being from Santa Fe, New Mexico in the early 1920s.

But where reliable records are concerned, Pig Stand is the more likely originator of the Texas toast. In 1946, Wiley W.W. Cross, a cook at the Pig Stand restaurant in Denton, Texas, suggested applying butter and grilling thick slices of bread. The bread wasn’t the restaurant’s usual order – it had thicker slices – and Cross made the suggestion as a solution.

Furthermore, Cross also created the combination of the Texas toast with chicken fried steak. The result was the Chicken Fried Steak Sandwich, a bestselling item of the now-defunct restaurant chain that reached its peak in the 1940s.

By the way, Whataburger also uses Texas toast in its patty melt and we must say that it’s a genius idea.

The Characteristics of Texas Toast

When you come to think about it, the Texas toast isn’t all that special! But it is special in the sense that there’s a certain technique to making the perfect Texas toast.

For one thing, the packaged bread must have double the thickness of the average sliced bread. If the sliced bread is thinner, it won’t hold up to the extra treatment including the grilling part. The loaf should also have a squarer and flatter shape to it than your run-of-the-mill sliced bread; the latter usually have rounded sides and top.

The beauty of the Texas toast is in the fact that it’s a blank slate, so to speak. Aside from the butter or margarine, you can also toast it with whatever takes your fancy.

The butter or margarine spread can also have seasonings, such as garlic powder resulting in a form of garlic bread. It can also have cheese on one or both of its sides, and the cheese can be any cooking cheese. It can also be grilled on a pan alongside bacon, fried steak and eggs so that it absorbs the greasy flavor.

And that’s not all either! Depending on its preparation, Texas toast can also be paired with savory dishes like fried catfish, chicken fried steak and bacon, eggs and Spam for a breakfast meal.

Do you have cravings in the middle of the night for Texas toast but you’re feeling lazy? You can always have Texas toast at home, either by buying it from the supermarket or ordering it from Zaxby’s. Even though Zaxby’s prices are probably going to be lower than supermarket!

You will find plenty of varieties of Texas toast in supermarkets, such as with garlic, with cheese or with both. There are several brands that sell frozen Texas toast, too, which we think are among the best things since sliced bread.

Texas toast is such a versatile food, too, in the sense that you can eat it on many occasions. We like it during summer backyard barbecue parties since it can be eaten on its own or paired with steak, hotdog and burgers. We would rather eat Texas toast than settle for a plain white sliced bread or bun – the butter and seasonings add more depth of flavor to the meat, too.

It’s also great for non-barbecue sandwiches. You can make a grilled cheese sandwich with it by pairing it with fontina, cheddar and muenster. It can also be eaten like a French toast.

If you want the really good Texas toast, you should order Zaxby’s Basket of Texas toast instead of the ones from the supermarket. Each basket contains three pieces of thick-cut sliced bread slathered with Zaxby’s signature garlic spread and then grilled to perfection. Don’t mind the 460 calories that come with each basket because life’s too short to always be counting calories. 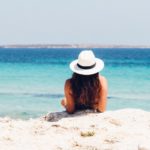 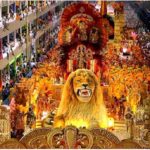 The Biggest Cultural Celebrations Around The World0 Total Shares