It is probably fair to say that we take batteries for granted. Most of us are not old enough to remember a time when batteries were too expensive for the average family. That says nothing of the era before portable devices like MP3 players and cell phones.

How much do you know about the humble battery? If your knowledge is limited, you are not alone. Battery tech is not something they teach in school. But there are plenty of interesting things to learn about battery cells. A few of them are explained below. A common misconception of batteries is that they store electricity. They actually don’t, according to Utah-based Pale Blue Earth. Rather, they store chemical energy that is converted to electrical energy through a chemical inside.

Pale Blue Earth’s USB rechargeable batteries are all lithium-ion. It utilizes lithium cobalt oxide as the anode, graphite as the cathode, and a lithium salt to facilitate the chemical reaction. When you charge a lithium-ion battery, electricity flowing through the positive end forces the ions inside to pass through the lithium salt and settle at the other end of the cell.

Discharging the battery involves moving the ions back through the lithium salt to the positive side of the battery. This produces a chemical reaction that generates electricity.

There are four types of batteries defined by the electrolytes that make them work. A wet cell battery has a liquid electrolyte while a dry cell has a paste electrolyte. Dry cell batteries still require a small amount of liquid to conduct current, but it is minimal. Most consumer batteries are dry cell.

Next are molten salt batteries. These take their name from their molten salt electrolyte. They operate at high temperatures and are ideal for commercial applications, like storing solar energy. The other end of the spectrum is the reserve battery, a short-life battery that requires some sort of mechanical action to introduce the electrolyte and begin the chemical reaction.

Batteries are also classified as either primary or secondary. A primary cell can be used immediately following the completion of assembly. This is because manufacturing forces the ions inside to reside at the negative end. It would be like filling a squirt gun with water on the assembly line. As soon as it comes off the line, it is ready to fire.

Primary cells are single-use batteries. They are the batteries you buy at the store and throw away as soon as they are discharged. By contrast, secondary cells are rechargeable. They must be charged after they come off the assembly line. Why? Because safety dictates that the components be assembled in an inactive state.

Temperatures can affect the rate at which batteries discharge. Some types of batteries can even freeze when the temperatures get low enough. At any rate, most batteries do not perform as well in cold weather. That is why the cold can prevent you from starting your car or cause flashlight batteries to run out more quickly.

There is a lot more to batteries than what has been discussed here. Suffice it to say that life would be much different if we didn’t have them. From alkaline to lithium-ion and everything in between, we rely heavily on batteries in the modern era. 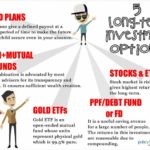