While it’s becoming extremely rare these days for large businesses and companies to not have a mobile app, the large majority of small local businesses still do not have apps for themselves.

If you’re the owner or manager of a small business and if your business does not have an app, that’s definitely something you should consider changing.

While you may not believe having an app created for your business is worth your time (or money), the truth is there are a large number of false assumptions about business apps that are out there.

Here are the top four myths about having a business app that need to be addressed:

This simply isn’t true. The app business has been growing, and growing significantly, year-by-year. In fact, there were nearly two hundred billion app downloads in 2017 alone, and 2018 is looking extremely likely to surpass that.

Myth #2 – Apps Are Expensive (and Difficult) To Develop

It is true that having an app developed for your business will require an investment of your time and money. Nonetheless, you probably won’t have to spend as much as you think you may have to. Rather than spend hundreds of thousands of dollars, it’s perfectly possible to have a quality app designed for as little as ten to fifteen thousand.

Furthermore, you can reduce costs even further by hiring app developers from reputable development companies who charge an hourly rate. You can also utilize online resources such as Buildfire for tips on app design and usability.

Myth #3 – Only Big Companies Get Featured On App Stores

This isn’t true at all. You can submit your app to both Apple’s App Store and Google Play (assuming it’s designed to be used on both, which you definitely should do), and if they accept it your app will be posted.

At that point, it’s up to you to properly market and advertise your app in order to drive traffic to it, but it will still be on the stores for customers to see.

The world is changing, and while having a business app may seem optional now, in the very near future it will become a necessary component of marketing.

You simply can’t underestimate the immense popularity of mobile devices, and if you want to engage with your customers while they’re on the go, having a business app will be of the utmost importance.

Having a mobile app can be very beneficial for your small business. While there are many myths and assumptions that could compel you to think otherwise, including the ones that we have covered, the truth is an app can make your business more visible and create a greatly enhanced experience for your customers.

0 Shares
« Why We Love Parquet Flooring
Are You So Over Snapchat Just Like Kylie Jenner? »

Do You Want To Go Green? Get This Renovation Now0 Total Shares 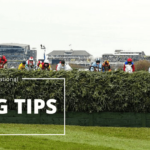 Information About The Grand National And Tips For Betting0 Total Shares